theRepublic.lk - a website dedicated to Critical Scholarship in Legal and Interdisciplinary Studies

Dialectical Understanding of History and Philosophy 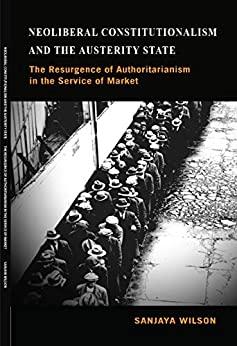 The shock waves of 2008 financial and economic crisis have globally led to relapse and decay of the living conditions of the peoples of the world. Economic life of the major capitalist States is increasingly based on competing national interests leading towards trade war. Serious commentators of the international scene express fears of a nuclear war. Determined to save the market economy by all means, States resorted to social counter-revolution of austerity and formation of authoritarian rule, in breach of liberal democratic values and human rights norms. How has this retrogression been rationalized and legitimized in the sphere of jurisprudence and international law? This book illustrates how, in legal theory, what is discussed here as the Global Neoliberal Constitutionalism presents the legal and theoretical foundation for this new legal phenomenon that legitimizes the Austerity State.