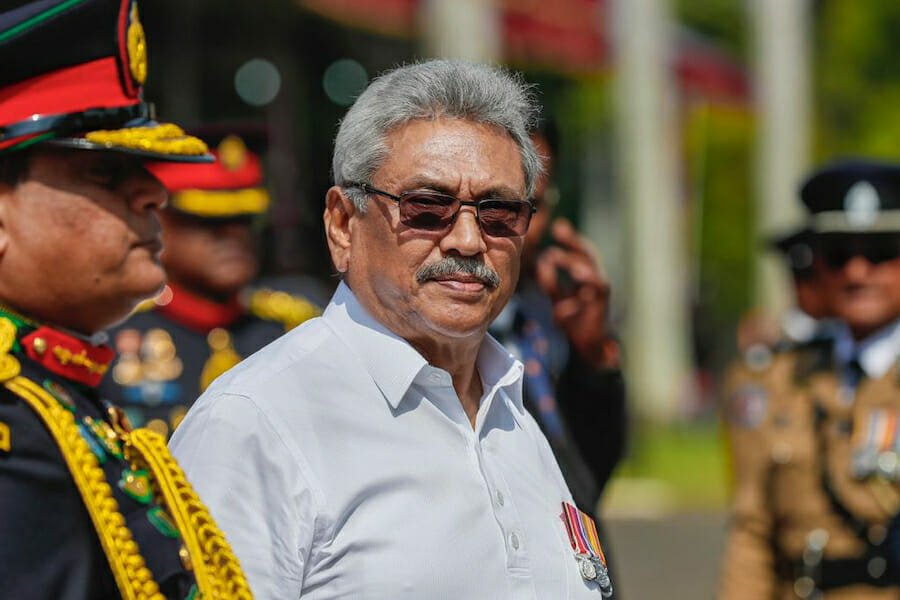 Gotabaya Rajapaksa, the President of Sri Lanka, last month made regulations titled Prevention of Terrorism (De-radicalization from holding violent extremist religious ideology) Regulations No. 01 of 2021 (hereinafter sometimes referred to as Deradicalization Regulations) purportedly under Section 27 of the Prevention of Terrorism (Temporary Provisions) Act, No. 48 of 1979 (PTA) read with paragraph (b) of Article 4 of the Constitution, and published in the Gazette Extraordinary No. 2218/68 dated 12 March 2021.

According to regulation 2 thereof, its objective is that ” any person who surrenders or is taken into custody on suspicion of being a person who by words either spoken or intended to be read or by signs or by visible representations or otherwise, causes or intends to cause commission of acts of violence or religious, racial or communal disharmony or feelings of ill will or hostility between different communities or racial or religious groups after the coming into operation of these regulations” is dealt with “in accordance with the provisions of the Act”.

The offence referred to in the above regulation is the offence provided in sub-section 2(1)(h) of PTA. However, while the regulation purports its objective is to deal with suspects, in connection with the said offence, under provisions of PTA, the rest of the Deradicalization Regulations contradicts this objective. While PTA provides for specific procedure for detention, trial and punishment (which in itself is draconian and anti-democratic), this whole procedure is disrupted by the extra-ordinary procedure established by regulations 3 to 8 of the Deradicalization Regulations. Therefore, prima facie, the procedure introduced by these regulations is ultra vires the Act.

The Minister is authorized under Section 27 of the PTA to “make regulations under this Act for the purpose of carrying out or giving effect to the principles and provisions of this Act.” However, Regulations 3(b) of the Deradicalization Regulations purports to include offences under the provisions of Emergency Regulations No.1 of 2019, some of which are not contemplated under PTA and, specifically under said Section 2(1)(h) of the PTA. The regulations to be made under its Section 27 of PTA cannot be used to lay down regulations in respect of offences under any other statute. Therefore, in this respect too, the said Deradicalization Regulations are ultra vires the PTA.

It is mandatory under the PTA to produce a detainee before a Magistrate at the expiry of eighteen months – i.e. after the maximum period of detention under ministerial detention orders – so that the detainee could be remanded until the conclusion of trial.

However, contrary to this procedure, the Deradicalization Regulations provide for referring such arrestee, surrendee or detainee, who is held in Police custody under Section 9 of the PTA, pending conclusion of investigations, to be referred to a rehabilitation programme in a “rehabilitation Center,” upon the direction of the Attorney General(AG) for a period of one year, which period could be extended for a further period of twelve months. It is the Attorney General who decides whether such person be referred to rehabilitation programme, in lieu of instituting criminal proceedings, and the Magistrate before whom such person is referred to has only to act upon such written “approval” of the Attorney General, and just to rubber-stamp AG’s recommendation.[vide Regulation 5(4)]

It is also the Attorney General, a state administrative officer, who decides whether a person whose rehabilitation is unsatisfactory to the authorities “be indicted in lieu of rehabilitation”[vide Regulation 6(2)].

Whatever be the nature of so called “rehabilitation”, which is not defined in the regulations, the person would be in de facto detention, authorized either by administrative or executive authority.

Thus, it is clear that the Deradicalization Regulations authorize executive and administrative detention of detainees, arrestees of surrendees to a period of two years in so called-rehabilitation centers. This maximum period of two years of rehabilitation is in addition to the total period of one and half years of detention under ministerial Detention Orders issued under Section 9 of the PTA. A person could be indicted in High Courts by Attorney General at any time prior to the expiry of the two year rehabilitation period. Therefore, in effect, the law contemplated under these regulations purports to legalize pre-trial detention of persons arrested or surrendered under PTA to a maximum cumulative period of three and half years, and in respect of any other offences under Emergency Regulations to a period of two years.

“Deradicalization” is undefined, overboard and therefore could be interpreted suitably by executive or administrative authority to include within its meaning a vast range of ideas opposed to the views held by the government, the mainstream establishment or the ruling class. The mechanism of Deradicalization is too not provided for and is unexplained. It is therefore open for all sorts of psychological and physical intimidation, brain-washing and threats to be inflicted upon persons so referred to such rehabilitation. This makes room for torture and degrading and inhumane treatment of detainees and thus, intended rehabilitation could be another camouflage for such harrassment of detainees, in order for Police to fabricate evidence and obtain forced confessions to consolidate their concocted charges against the detainees and political opponents.

It is anyone’s right to have radical ideas and think radically. The State has no democratic authority to regularize what I think and this is a right guaranteed under Article 10 of the Constitution. No person could be forced to think in the manner the government, the administrative or executive authority wants them to think and any such arrangement would be anti-democratic, arbitrary and unlawful. Rehabilitation is a judicial decision, not an administrative or executive decision. Rehabilitation is a deterrent method of crimes in lieu of punishment of incarceration and it is a judicial decision to be made at the conclusion of a trial of a suspect.

The Minister is a political authority and is part of the executive of the government. The Attorney General too is an administrative authority. Thus, these regulations expropriate, usurp judicial powers which only Magistrates or High Court judges can exercise, and thereby prejudicially affect the judicial power of the People.

Therefore, in all its aspects, these regulations make room for executive and/or administrative abuse of power to victimize, intimidate, harass, punish political opponents and those who hold dissenting views.

The Deradicalization Regulations is another weapon of the government’s anti-people arsenal for ethnic profiling and discriminating minorities on the basis of political opinion, race, ethnicity, language and religion.

In the circumstances, the said Deradicalization Regulations are ultra vires, anti-democratic, unlawful, made with malice and ulterior motive and for extraneous political reasons, and infringe and/or imminently infringe and continuously infringe several fundamental rights guaranteed to the People of the country under Articles 10, 11, 12(1), 12(2), 13(2), 13(3), 13(5), 14(1)(a), 14(1)(e) and 14(1)(f) of the Constitution of Sri Lanka.

These regulations also stand in beach of international human rights standards and recommendations that condemn executive detention in the guise of rehabilitation.

Previous establishment of rehabilitation measures similar to the present Deradicalization Regulations has shown dire consequences of such programmes affecting detainees who were subjected to such programmes. In 2011, under the slogan of counter-terrorism, the then President, Mahinda Rajapaksa regime implemented similar measures under Prevention of Terrorism (Surrendees Care and Rehabilitation) Regulations No.5 of 2011 especially targeting Tamil youth, who were sent to rehabilitation on a presumption of guilt and under continuous military survailance. Evidence supports that such rehabilitation programmes amounted to miscarriage of justice, preventing adequate opportunity for the detainees to establish their innocence in a fair trial. Reports abound about ill-treatment of such detainees by subjecting them to torture, enforced-disappearance and extra-judicial killings.

theRepublic.lk aims at developing critical knowledge on concepts, principles and philosophies of public law from an interdisciplinary and internationalist approach. It encourages its readers and contributors to engage in critical legal studies from a Class Approach to Jurisprudence and International law.